P-wave (Compressional) and S-wave (Shear) velocities for homogeneous, isotropic rocks are expressed as

Where k is bulk modulus, µ shear modulus and ρ density of a rock.

Although the actual rocks are not isotropic and homogeneous, elastic equivalency exists between the two to a great extent in Layered media when the velocities are approximated as Interval, Average and RMS.

Bulk modulus also called incompressibility quantifies total volumetric stiffness. Shear modulus, on the other hand, defines the rigidity of a material and describes its resistance to shear distortion.

Figure 1: Effect of hydrocarbon on AI and Vp/Vs ratio. Adapted from Avseth and Veggeland (2015).

Studies from various authors not only indicated Vp/Vs ratio as a good lithology indicator, but also shown its sensitivity to porosity and pore fluid type.  Picket’s study (1963) indicated the dependence of Vp/Vs ratio on rock porosity. His analysis showed that Vp/Vs ratio is around 1.6 in low porosity sand, moving towards 1.8 in comparatively higher porosity sand. The study of Gardner and Harris (1968) showed that gas saturated unconsolidated sands exhibit Vp/Vs values <2.0, whereas the water saturated unconsolidated sands exhibit Vp/Vs values > 2.0. Murphy et al. (1992) also showed the dependence of Vp/Vs ratio on clay content and indicated the increase of Vp/Vs ratio with the increase of clay content. Castagna et al. (1985) has reported anomalously low values of Vp/Vs ratio indicative of a tight gas sandstone.

The above studies not only signify Vp/Vs ratio as a good indicator of lithology and clay content, but also illustrates its sensitivity to porosity and pore fluid type. However, one important point has also become apparent here that lower Vp/Vs values do not always represent a better reservoir. Tight gas sand also typically exhibit a lower Vp/Vs compared to that in Shales. Figure 2 shows a cross-plot of Vp and Vs for the Frio formation sandstones, Texas Gulf Coast (Adapted from Castagna et al., 1985), where tight gas sandstone shows anomalously low values of around 1.5.

However, for effective application of this attribute to reservoir identification and subsequent use in seismic reservoir characterization, we should carry out a rock physics study and cross-plotting analysis using rock physics template (RPT). This will provide a clear understanding of what range of Vp/Vs ratio, we are expecting for the reservoir units and other formations in the study area. This will also help in linking the reservoir properties with Vp/Vs ratio and other elastic parameters and subsequently converting these elastic parameters from pre-stack inversion data. 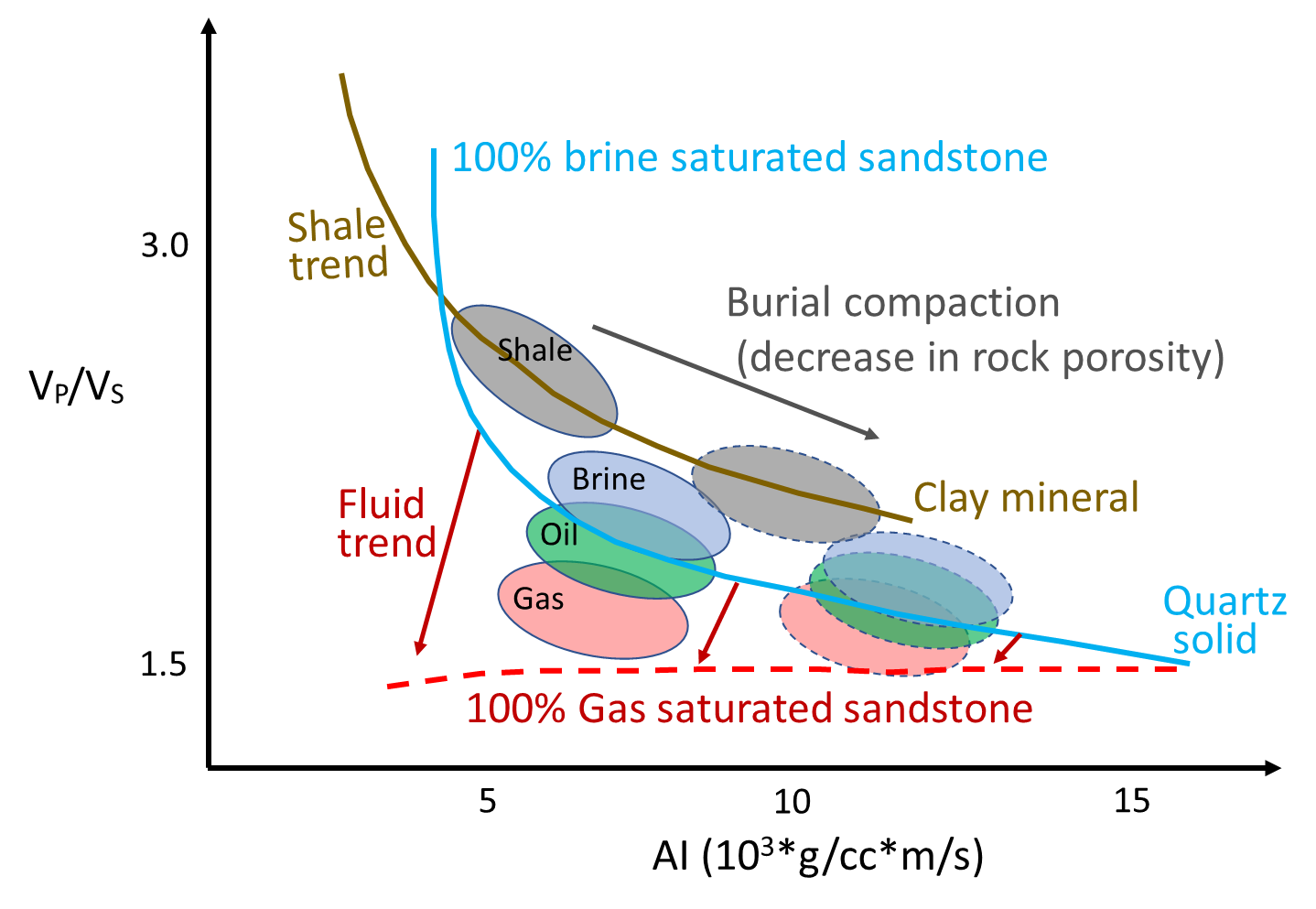 Figure 3: A framework for Rock Physics Template (RPT) in AI vs Vp/Vs space for brine and hydrocarbon saturated sandstones and shales. Adapted from Avseth and Veggeland (2015).

Figure 3 shows an RPT framework in AI and Vp/Vs cross-plot space for brine and hydrocarbon saturated sandstones and shales (Adapted from Avseth and Veggeland, 2015). This template is comprised of models for different expected lithologies and fluid scenarios, calibrated for a given reservoir and in a given sedimentary basin. The plot clearly indicates noticeable sensitivity of Vp/Vs with the change in lithology, clay content and fluid type and also burial compaction to some extent. AI of course exhibits a greater sensitivity to the burial compaction and rock porosity. These templates are very useful in understanding the response of the elastic parameters (Vp/Vs and AI in this case) to the litho-fluid change and variation in reservoir properties. This in-turn helps in interpreting the reservoir quality and characteristic with the help of the elastic parameters such as VP/Vs and AI, derived from the well log and seismic data.